An antelope with swept-back horns.

The sable (Hippotragus niger) are less robustly built and lighter in mass than their close relatives the roan. Featuring a long mane, this savannah woodland species is dependent on cover and the availability of water. They prefer open woodland or grassland with medium to high stands of grass and avoid woodland with a high density of trees or where the grass is short.

The majestic sable antelope is one of the most popular trophies taken by clients on our Namibian Hunting Safaris.

Large, regal and handsome, they feature glossy black coats with white under parts and white facial markings. The sable antelope is another of the Hippotragus (horse) tribe antelope. As is the case of the roan, his Afrikaans name (Swartwitpens) meaning black white belly. The sable really stands out in his home on the plains, especially during winter when the veld takes on its beige mantle.

Our hunting territories are known for producing some of the largest sable trophies in Africa, with an average horn size of over 42". On our 31,000 acres in in the Central-Eastern part of Namibia (the western edge of the Kalahari) we are fortunate and proud to have a very large and healthy sable population that we have carefully nurtured. We limit the number of Sable to be hunted to only 5 animals per season. 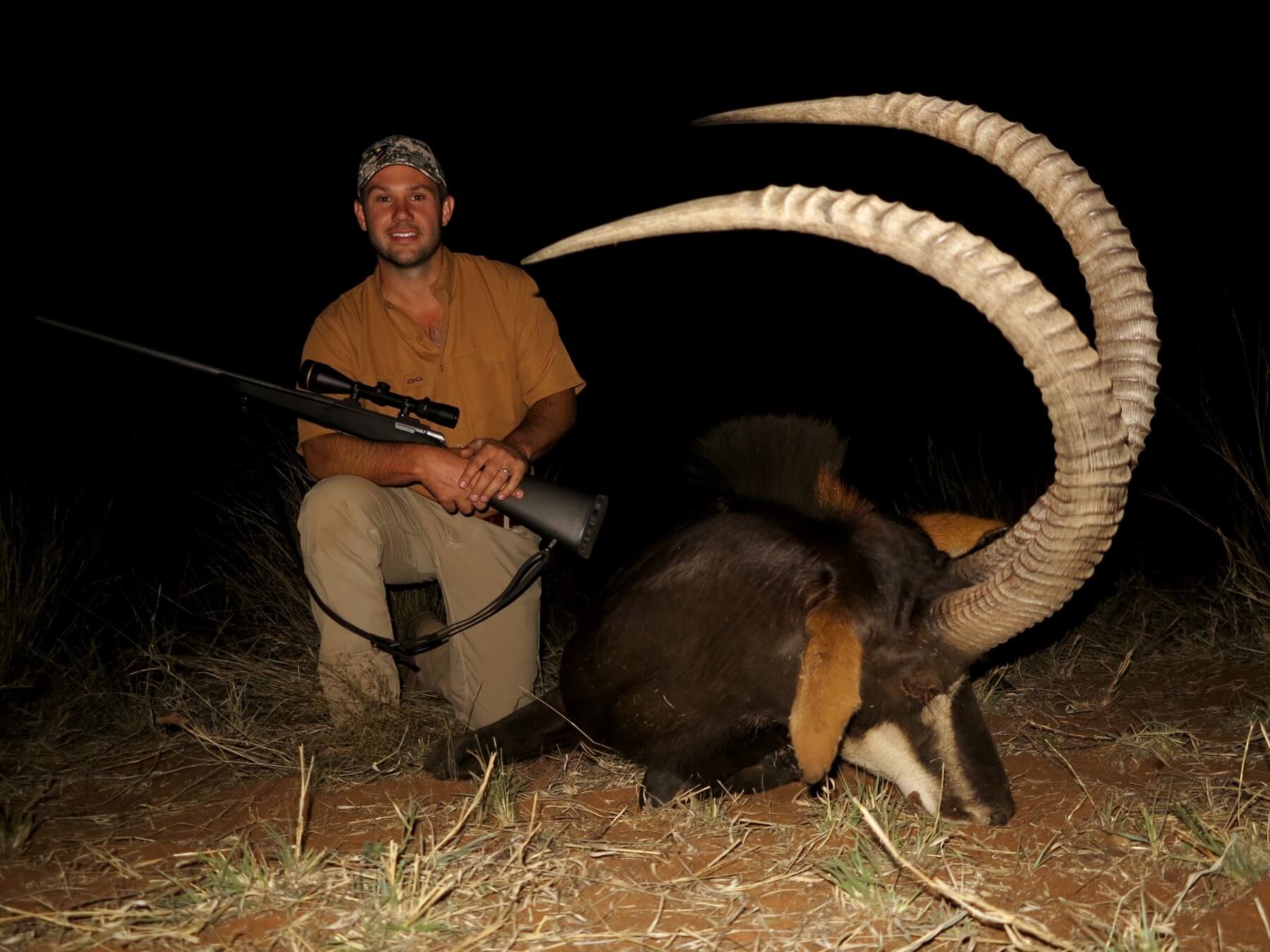 Sable are gregarious and herds of 20 to 30 are common, with larger temporary aggregations of up to about 200.

Only the bulls display the shiny black coat, while the female of the species and young display a dark reddish brown. Belly and facial markings are of pure white in vivid contrast to the rest of his body. A bit smaller and more slender than his brother the roan, he is nonetheless one of the most majestic of the antelope species. Younger females are chestnut in colour with thinner and shorter horns. Adult males stand about 53 inches at the shoulder with a mass of between 397lbs - 595lbs, females tend to be more slender.

While both sexes carry horns, the horns of the sable bull are exceptional and the longest of any African antelope, excepting the kudu, measuring up to 53 inches. Hunting Sable is best during the early morning hours and late afternoon when he grazes in or near the open grasslands. The Sable bull is a proud animal and always appears to remain at a distance.