Meet the Gemsbok, one of the many game species we offer that is synonymous with Namibia. This heavily built antelope features long, rapier-shaped horns and striking black and white facial markings. The crowning finish of any safari hunt with us on our 31,000 acres, the Kalahari is famous for some of the best trophy quality specimens in all of Southern Africa!

The oryx or Gemsbok, as he is more commonly known, is a magnificent animal, inhabiting the open country and can survive in the harshest of conditions.

Namibia has some of the best plains game hunting in the world. The most famous of which is the Gemsbok (Oryx), one of the most popular and sought after trophies in Namibia.

A native of the Kalahari, they can go without surface water for months, absorbing moisture from what they eat. A social herd animal, they are primarily a grazer. Extremely aggressive and very dangerous when injured, cornered, or threatened, both sexes carry very long rapier-like horns. The female (cow) of the species tends to be slightly smaller in body. Her horns, however, though more slender, are most often longer than those of the male (bull). The cow’s horns tend to curve slightly backward, while the bull’s horns are thicker and straighter. In assessing the trophy, remember that the cow’s horns tend to be longer and will often out-score the bull. Normally their scrotums can identify males, but when the Kalahari had a good rain season and the grass reaches their bellies, it can be quite difficult to know them apart...so your guide is a key asset. 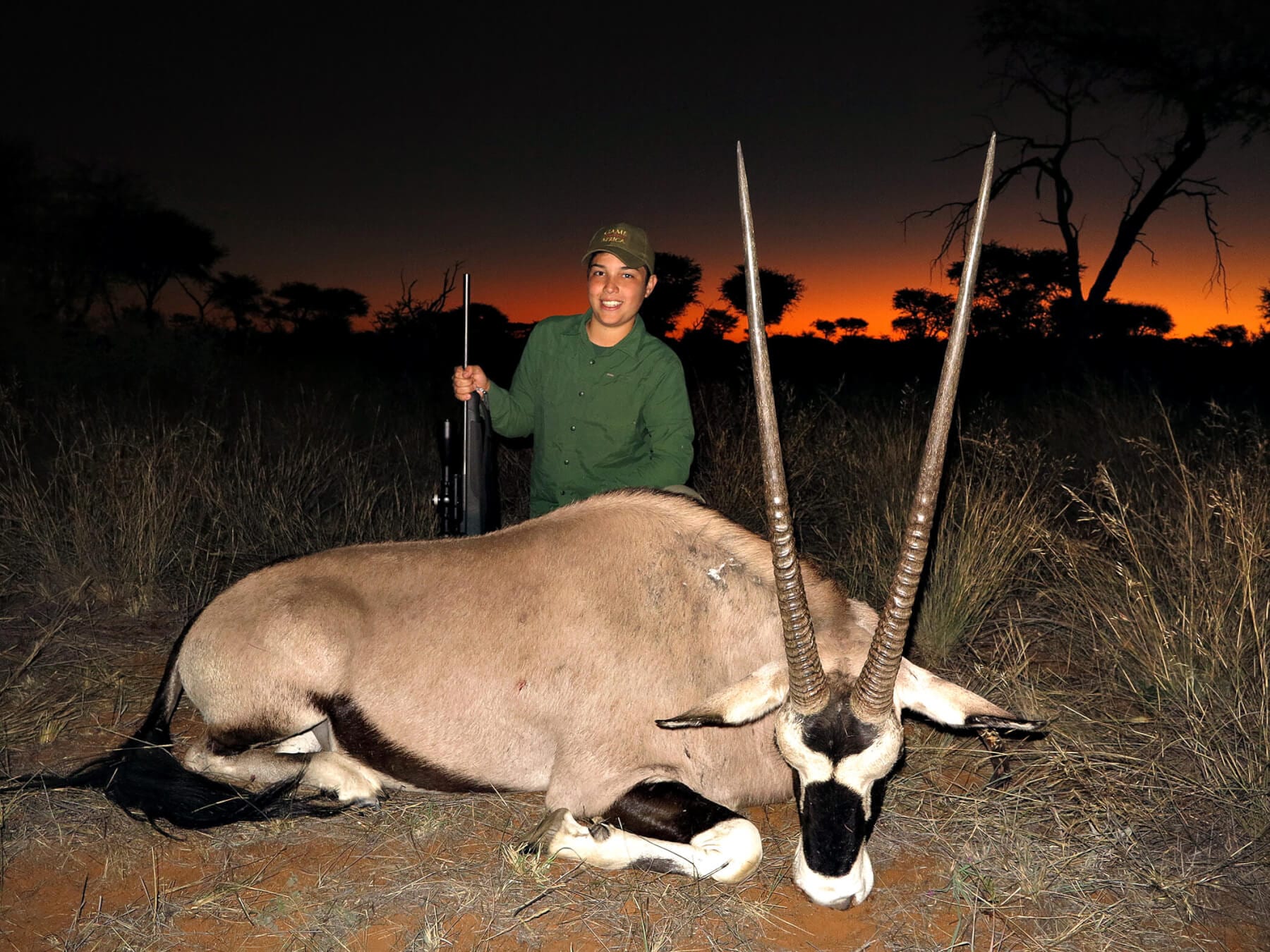 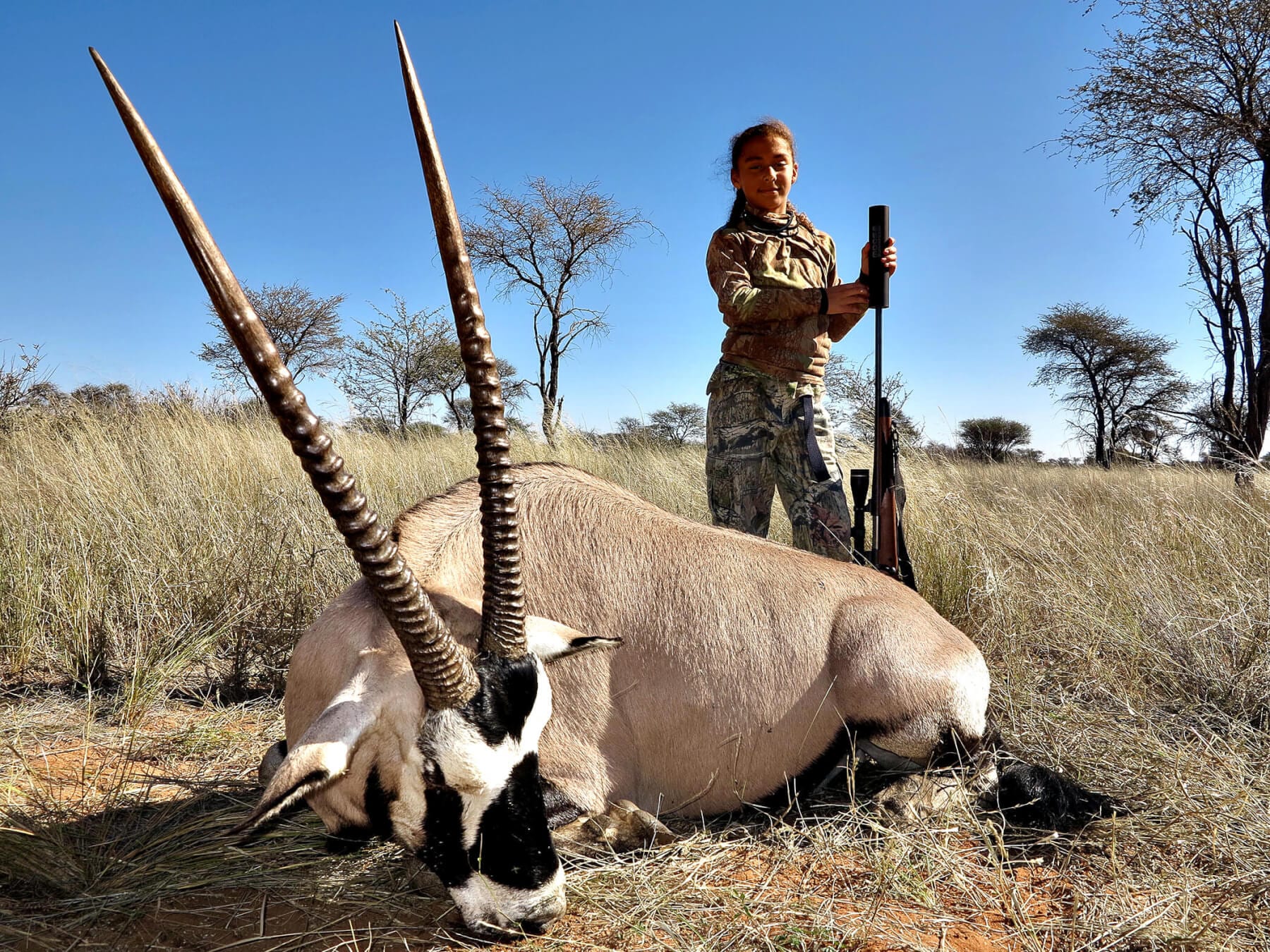 This "desert warrior" is a hard animal. It will NOT go down if your shot placement is bad. The rule is to hit it right the first time. Gemsbok only go down with low direct shoulder hits. Because they are extremely alert, have remarkably good eyesight, hearing and smell, stalking them is a challenge...making the hunt all the more thrilling.