The Beauty of Namibia & The Kalahari Desert

While Namibia may seem like a remote destination travel-wise, it’s actually the most tourist-friendly country in Southern Africa! Namibia, known as the “Gem of Africa”, is a unique place for eco-tourists. Much of Namibia is as it was centuries ago. Due to this, it has a host of natural wonders and amazing places…and English is the official language!

The country is like an exposed gem, just sitting out there in the desert waiting to be discovered and explored. It’s the remoteness – Namibia is one of the least densely populated places in the world – that makes it such a unique and stirring place to visit. It is the hunt of a lifetime, an adventure to treasure…and an impression that will linger…long after you’ve returned home.

It was the first country in the world to include environmental conservation in its constitution! To protect the country's wildlife and scenic natural beauty, several national parks and conservation areas were created, covering 14% of the country's surface area. In December 2010, Lonely Planet named Namibia the 5th best tourist destination in the world in terms of value. 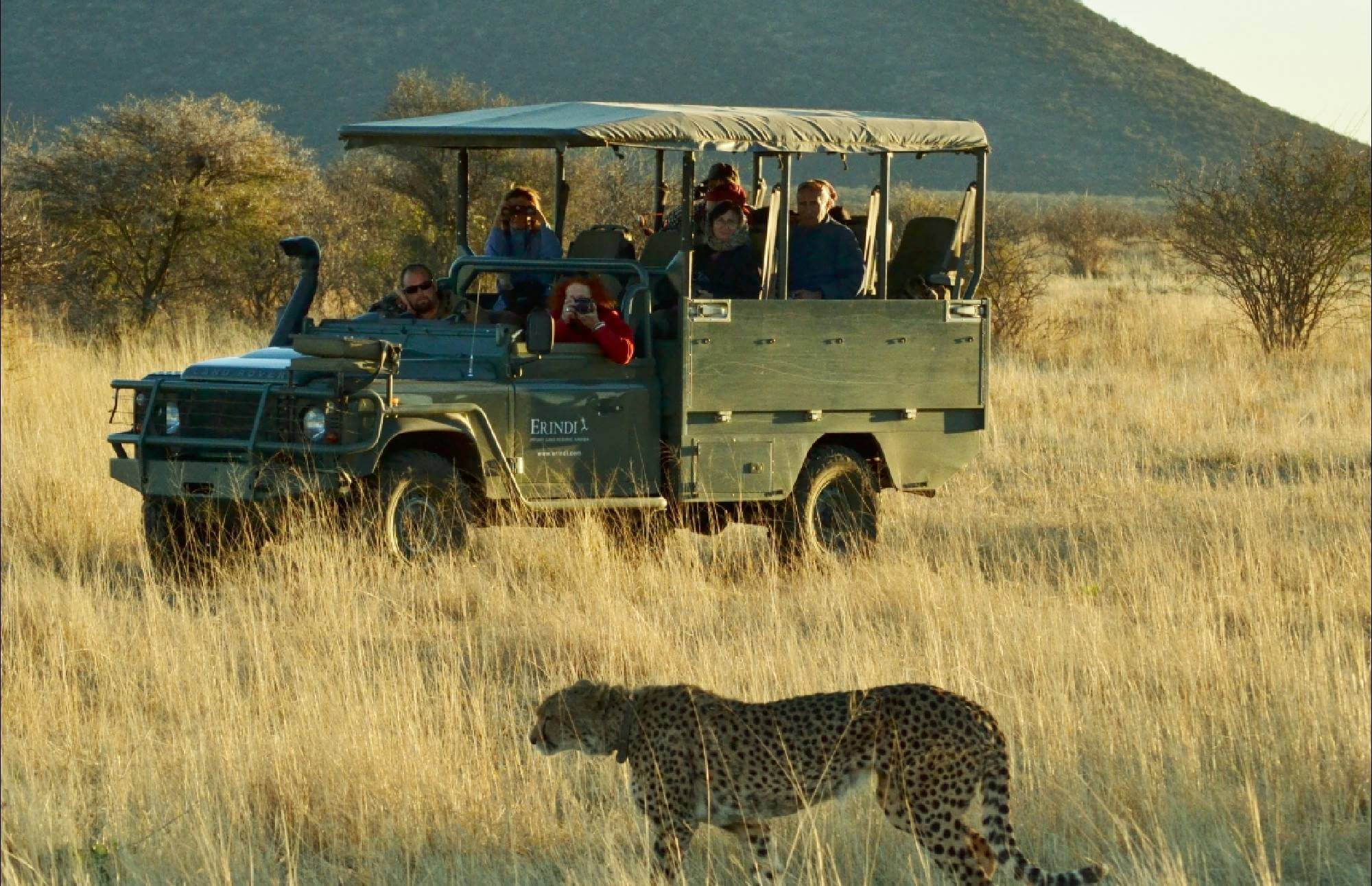 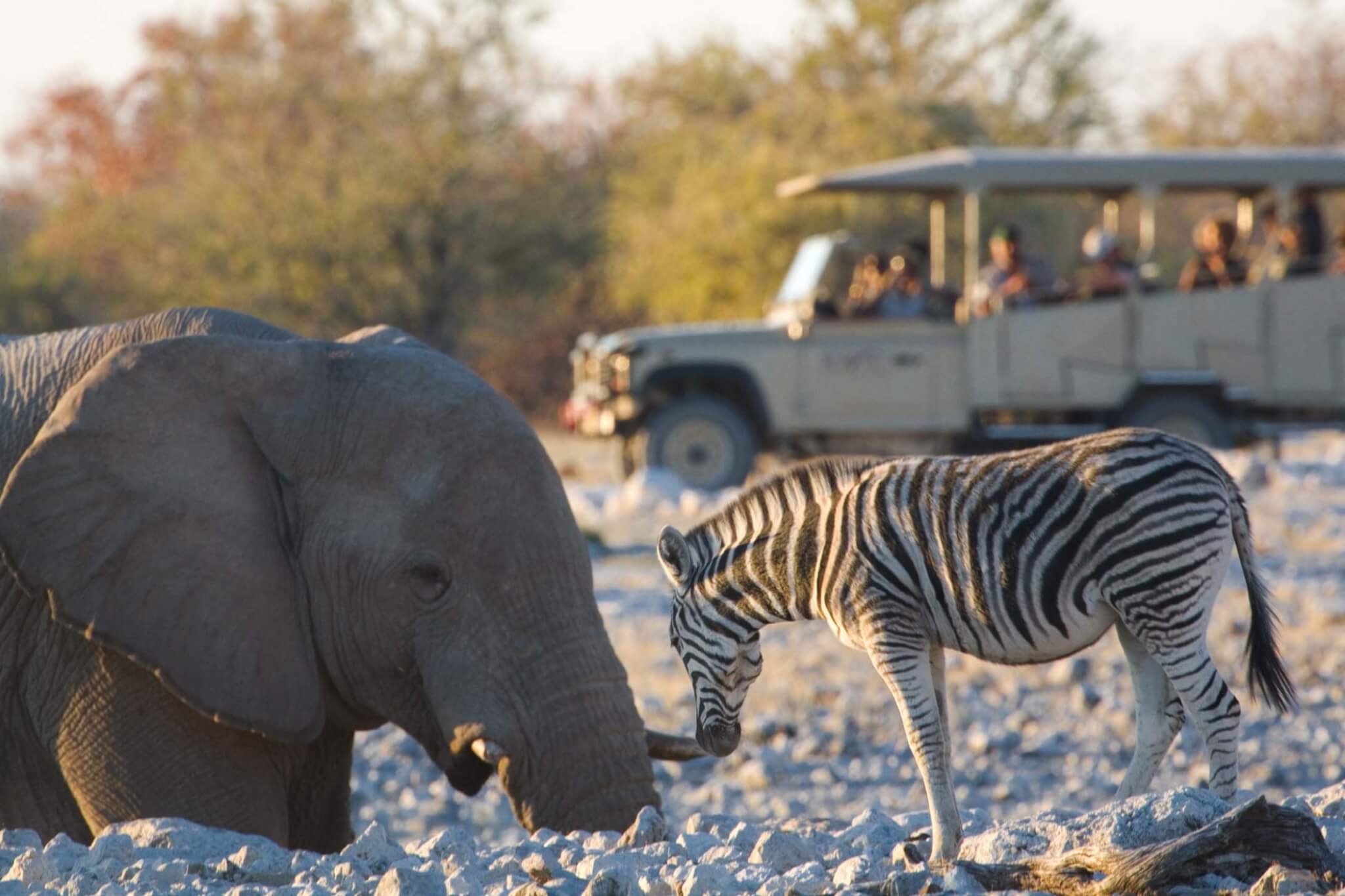 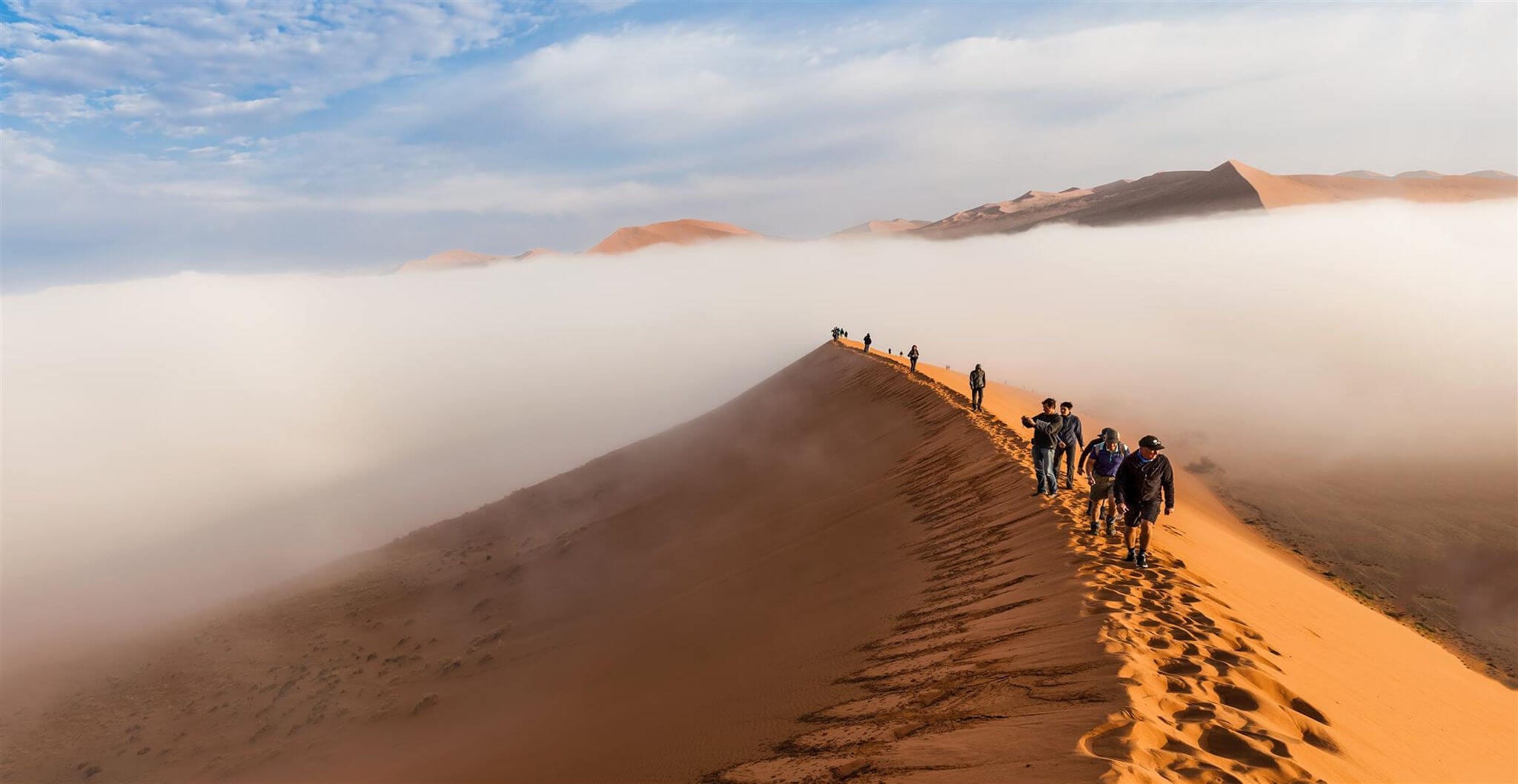 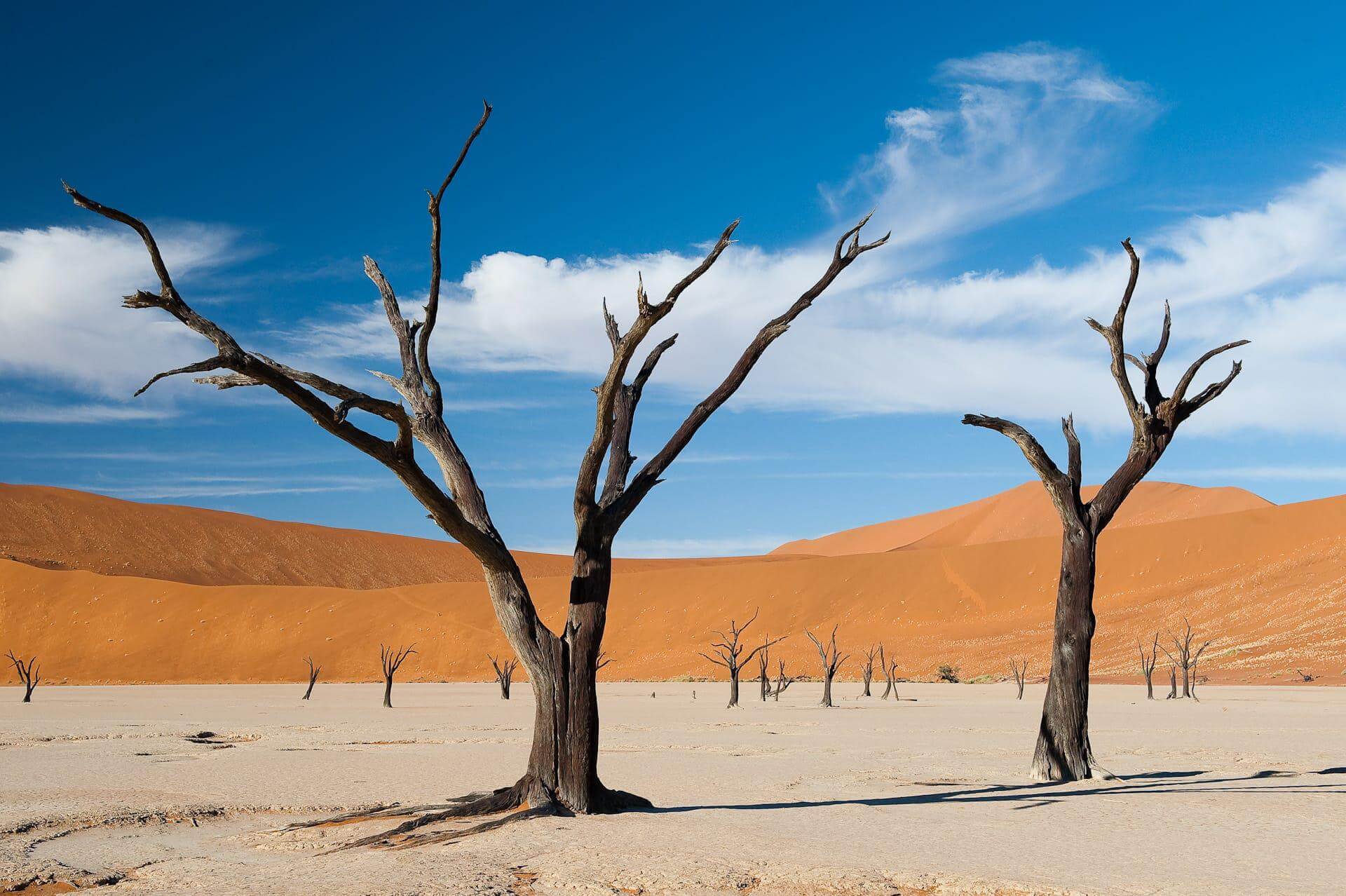 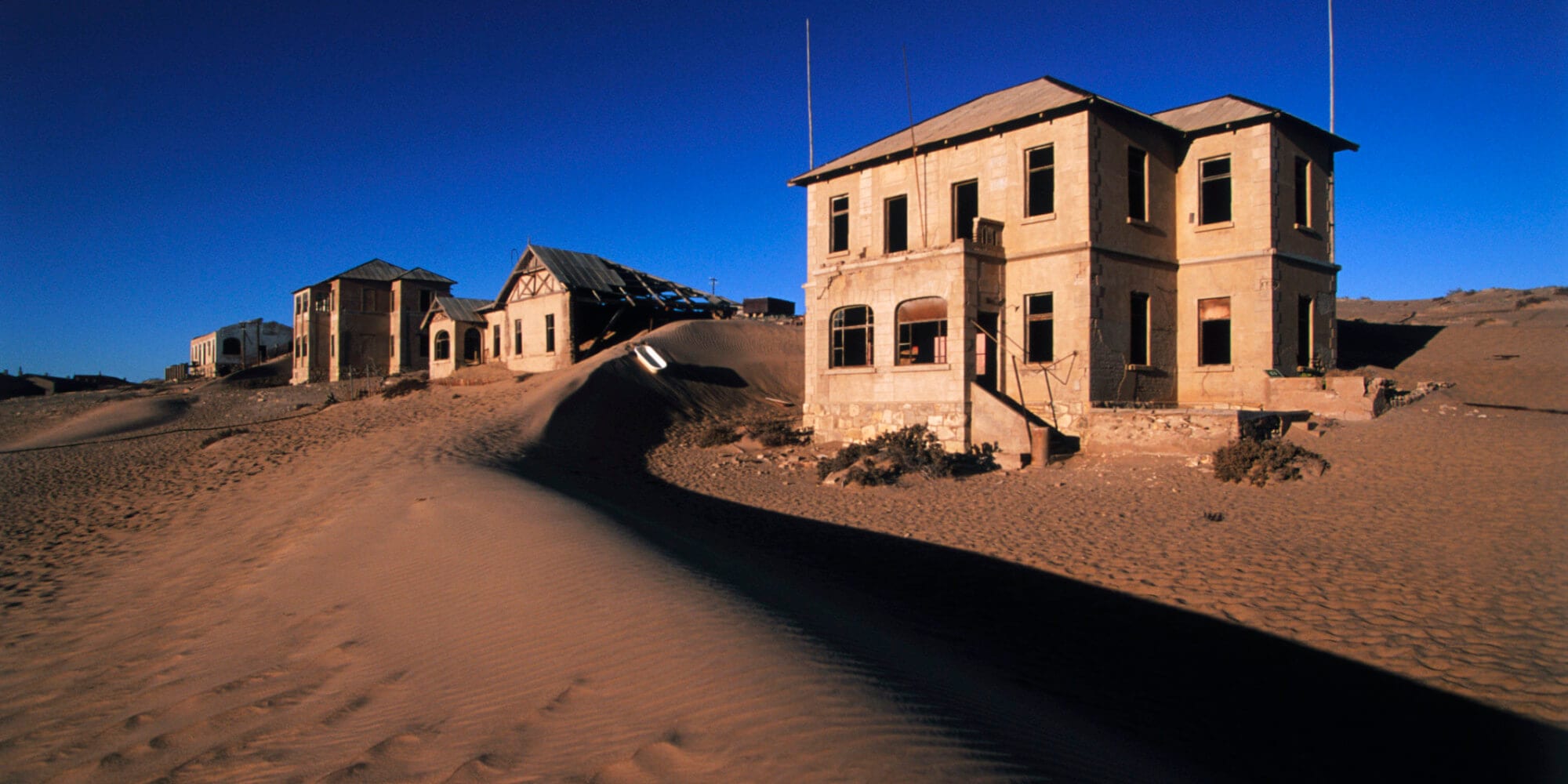 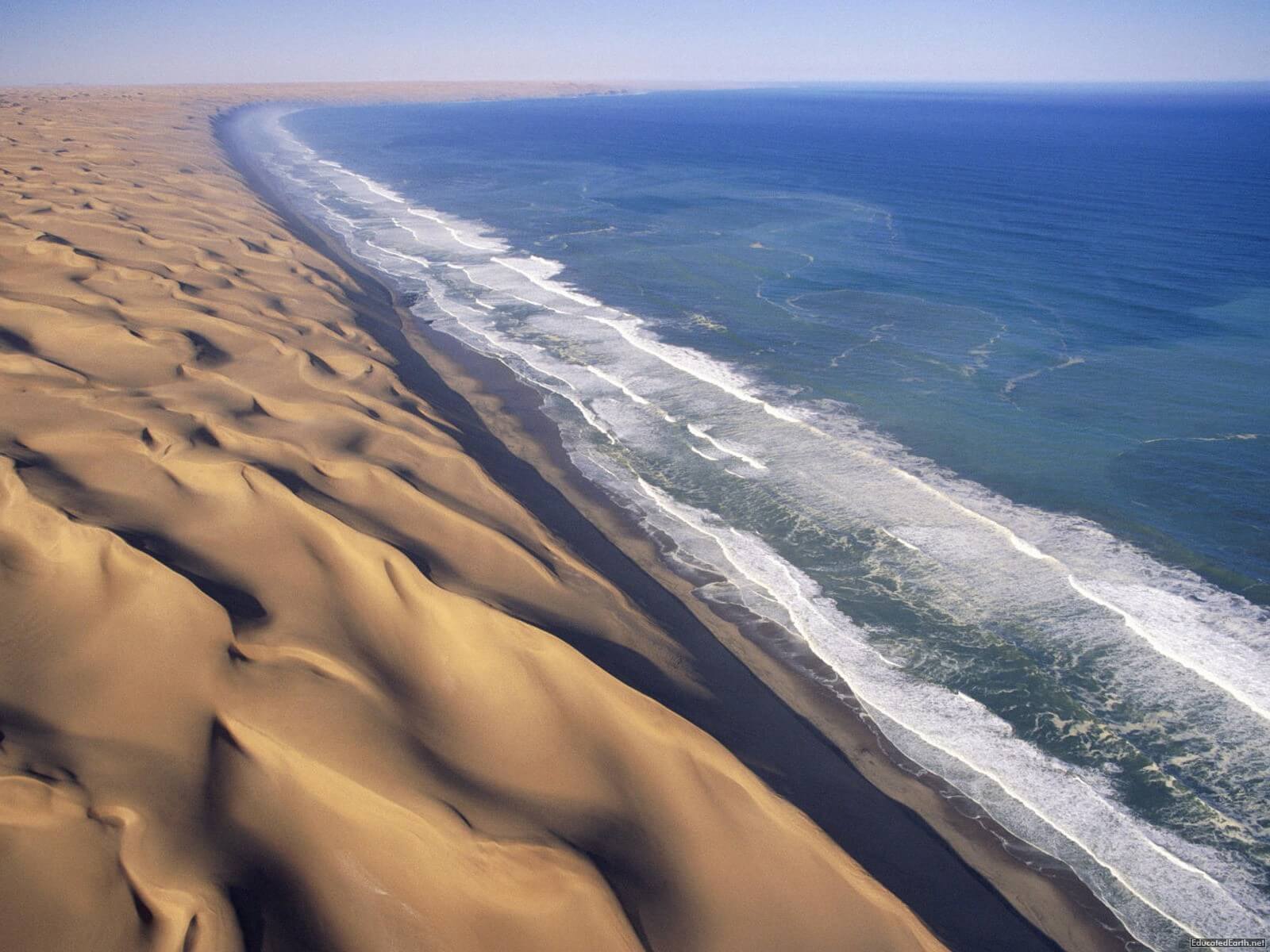 We can exclusively arrange your non-hunting activities to give a true Kalahari experience.

If you're travelling with family and would like to arrange for non-hunting activities to round out your epic African safari, Schalk & Amore Pienaar can accomodate and built any itinerary.

The most popular time to travel to Namibia is between March and October, in particular May to August, when rainfall is almost non-existent and temperatures are mild. Rainfall can occur during the months of November through March and generally will average about 14 in (35 cm) in the central region and 1 to 6 in (2.5 to 15 cm) in the south. The rains can fail and droughts occur roughly every ten years or so. Some areas of the Namib desert have gone nearly a century without a drop of rain.

One of our most requested visits is to the Namib Sand Sea and the Skeleton Coast (view the video at right). It’s the world’s only coastal desert, with dune fields winding over its 3 million hectares. There are two dune systems at work here, one that is ancient and one that is young. It’s also known as the world’s oldest desert, believed to have been formed by the erosion of materials from thousands of kilometers away. The Namib Sand Sea was named an UNESCO World Heritage Site in 2013.

In and around Namibia and the Kalahari 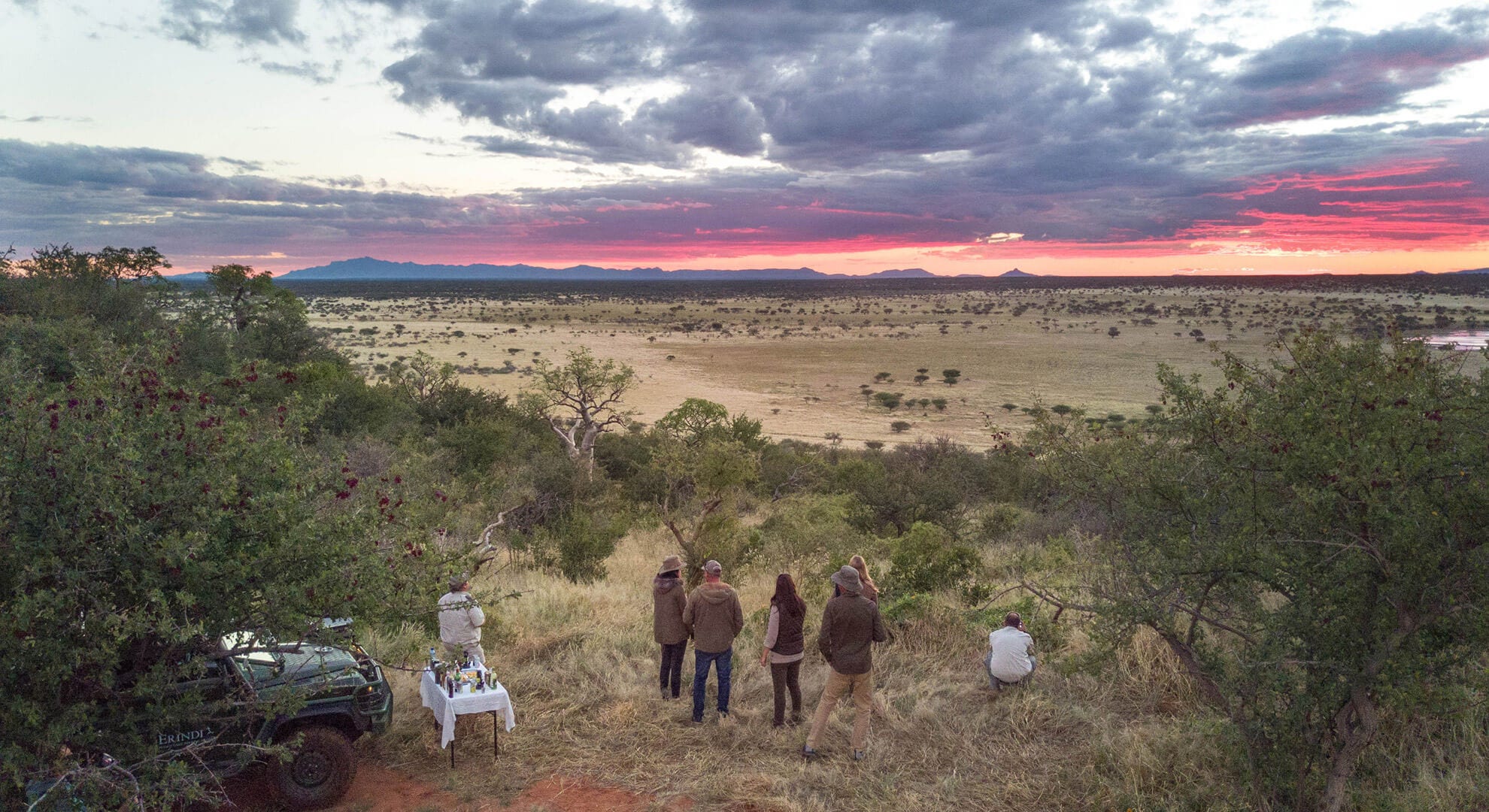 Erindi Private Game Reserve is a protected reserve in central Namibia. Erindi, meaning “place of water”, is a sustainable natural wonderland. With 70,719 hectares of pristine wilderness under their care, it is an idyllic retreat boasting two camps, a rich cultural heritage, knowledgeable guides & unmatched hospitality – and memories for a lifetime. 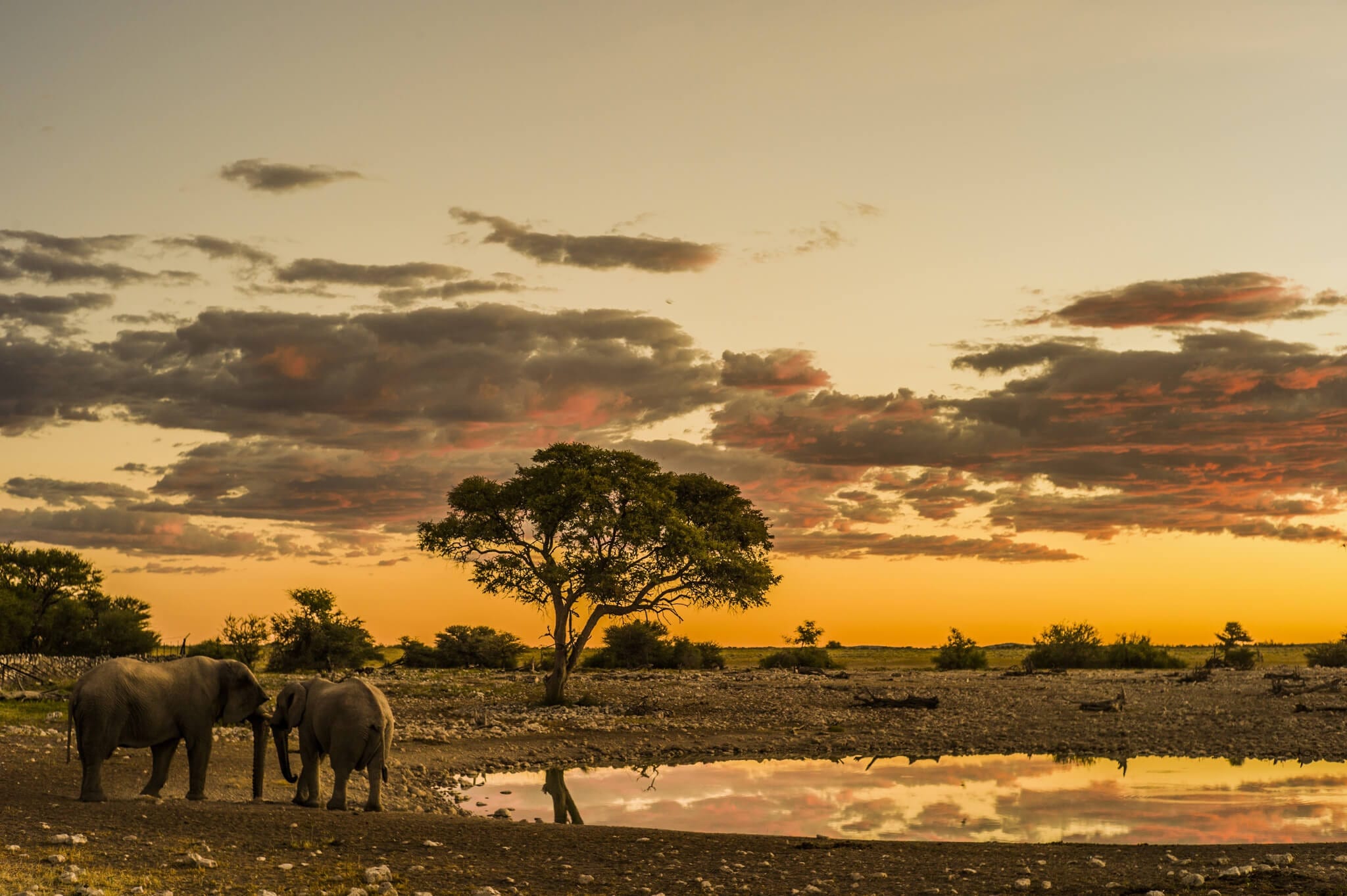 Etosha National Park is unique in Africa. The park’s main characteristic is a salt pan so large it can be seen from space. Yet there is abundant wildlife that congregates around the waterholes, giving you almost guaranteed game sightings. At the same time Etosha National Park is one of the most accessible game reserves in Namibia and Southern Africa. 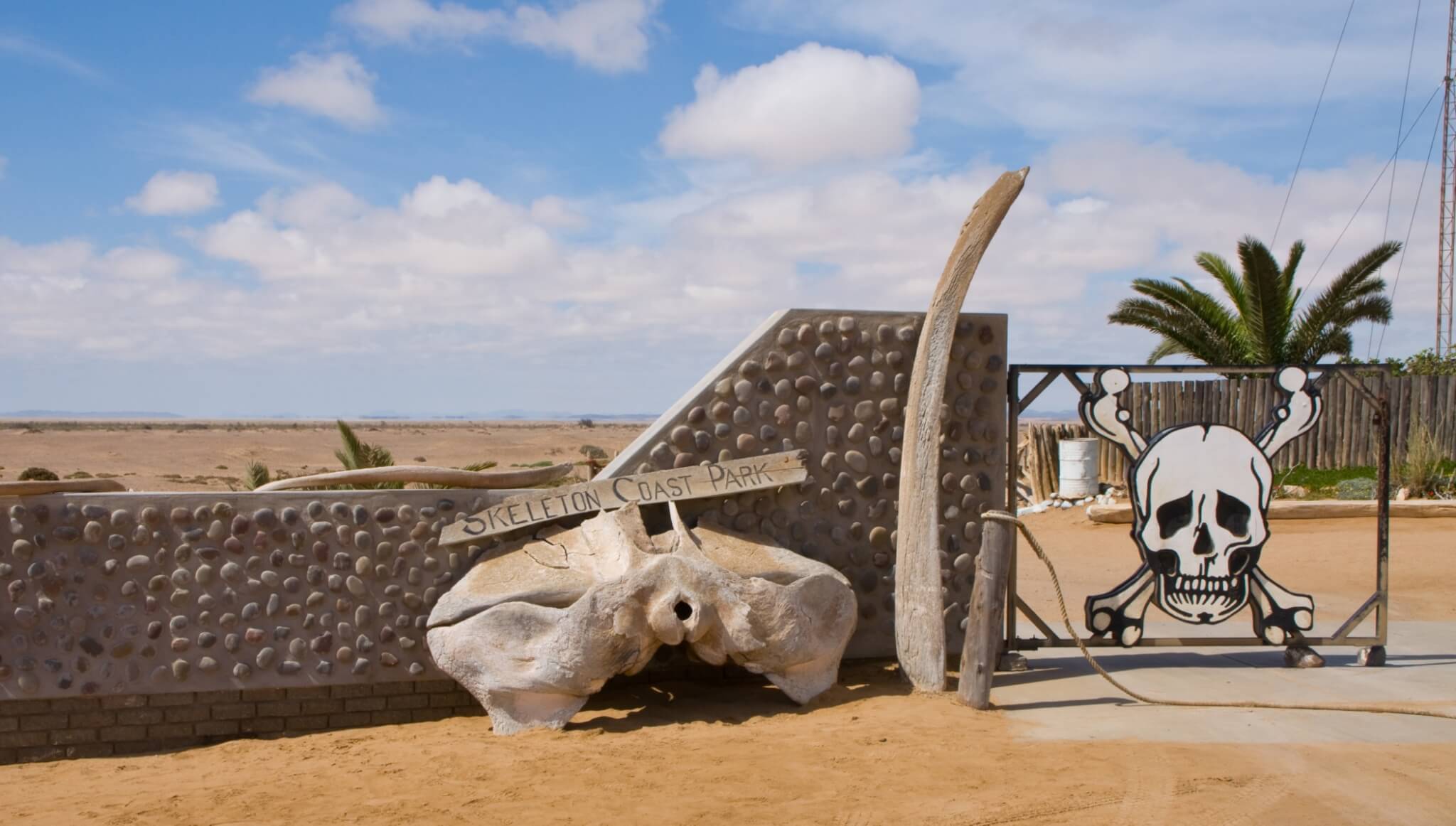 The Skeleton Coast Park, is now acknowledged as one of Namibia’s greatest treasures, in that it is one of the world’s last great wildernesses. It extends from the Ugab River in the south for 500 km to the Kunene River in the north and about 40 km inland. The park also is a sanctuary for desert- dwelling Elephants, Rhino and Lion and the Kunene River mouth is a vital wetland. 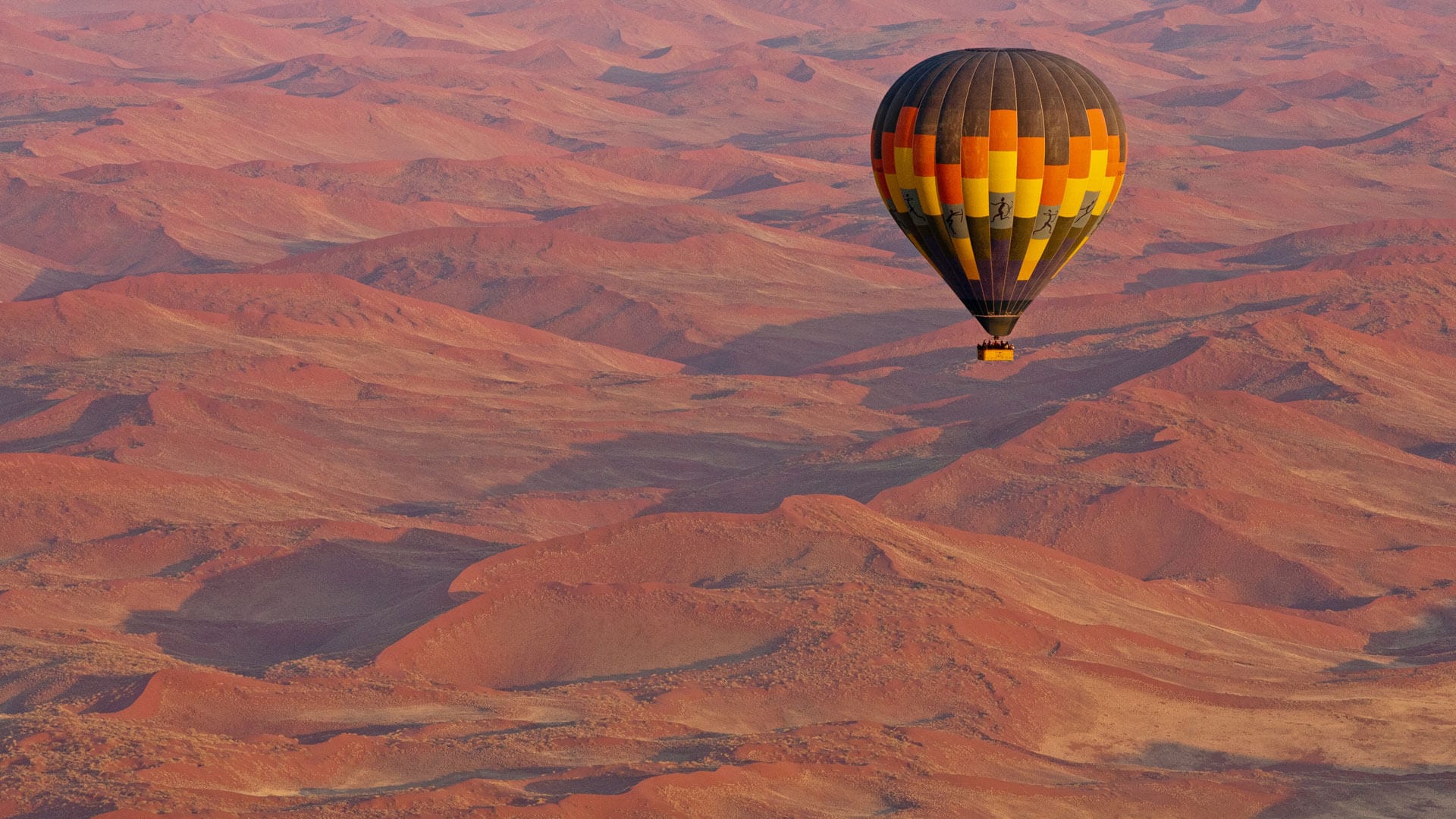 Situated in the largest conservation area in Africa (the Namib-Naukluft National Park), Sossusvlei is possibly Namibia’s most spectacular and best-known attraction. Characterised by the large red dunes that surround it, Sossusvlei is a large, white, salt and clay pan and is a great destination all year round. The dunes in this area are some of the highest in the world.