The rooibok or common impala was first discovered in 1812.

Impala are sexually dimorphic. In this species only the males have S shaped horns. These horns are heavily ridged, thin, and the tips lie far apart. Both sexes are similarly colored with red-brown hair which pales on the sides. The underside of the belly, chin, lips, inside ears, the line over the eye, and tail are white. There are black stripes down the tail, forehead, both thighs, and ear tips. 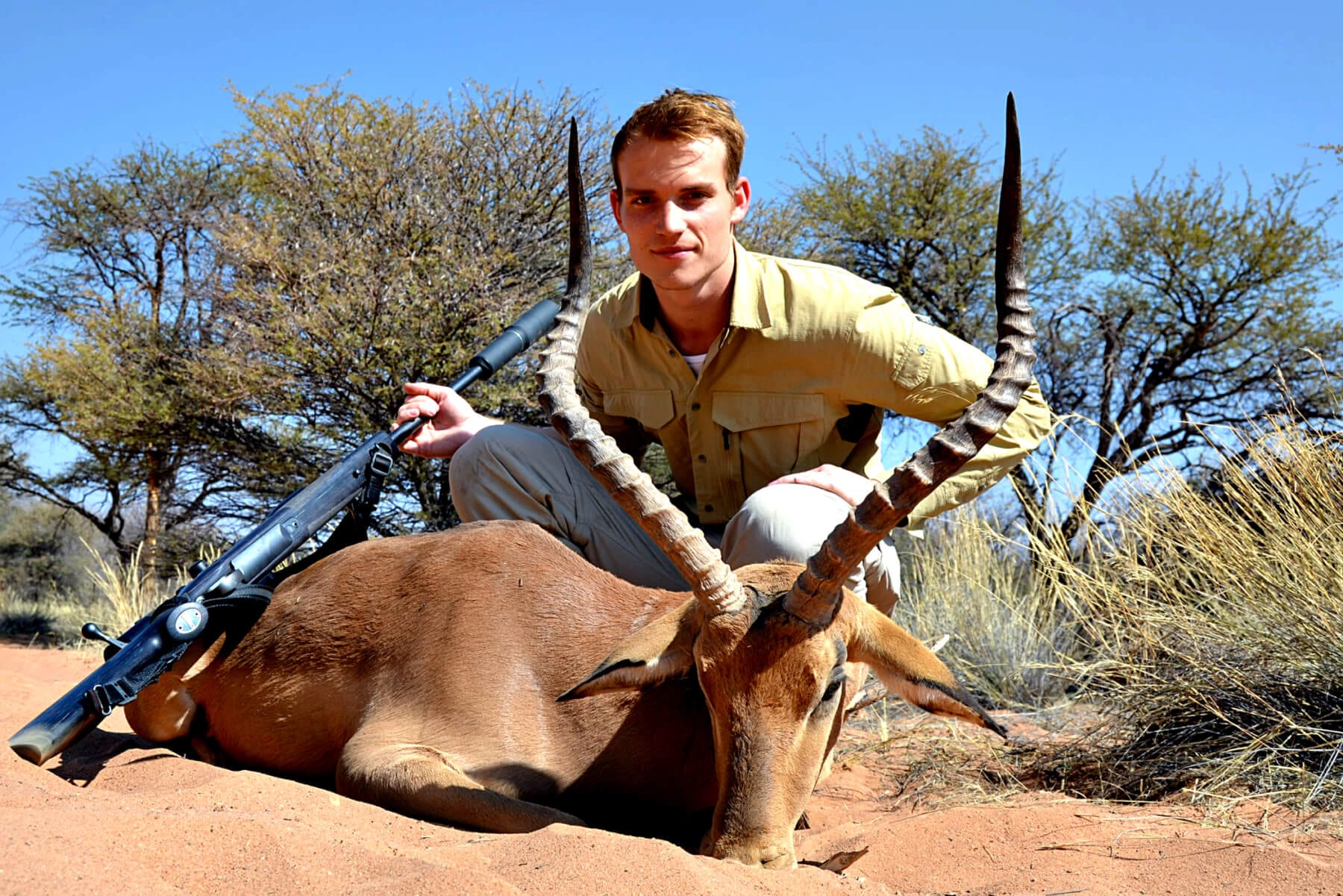 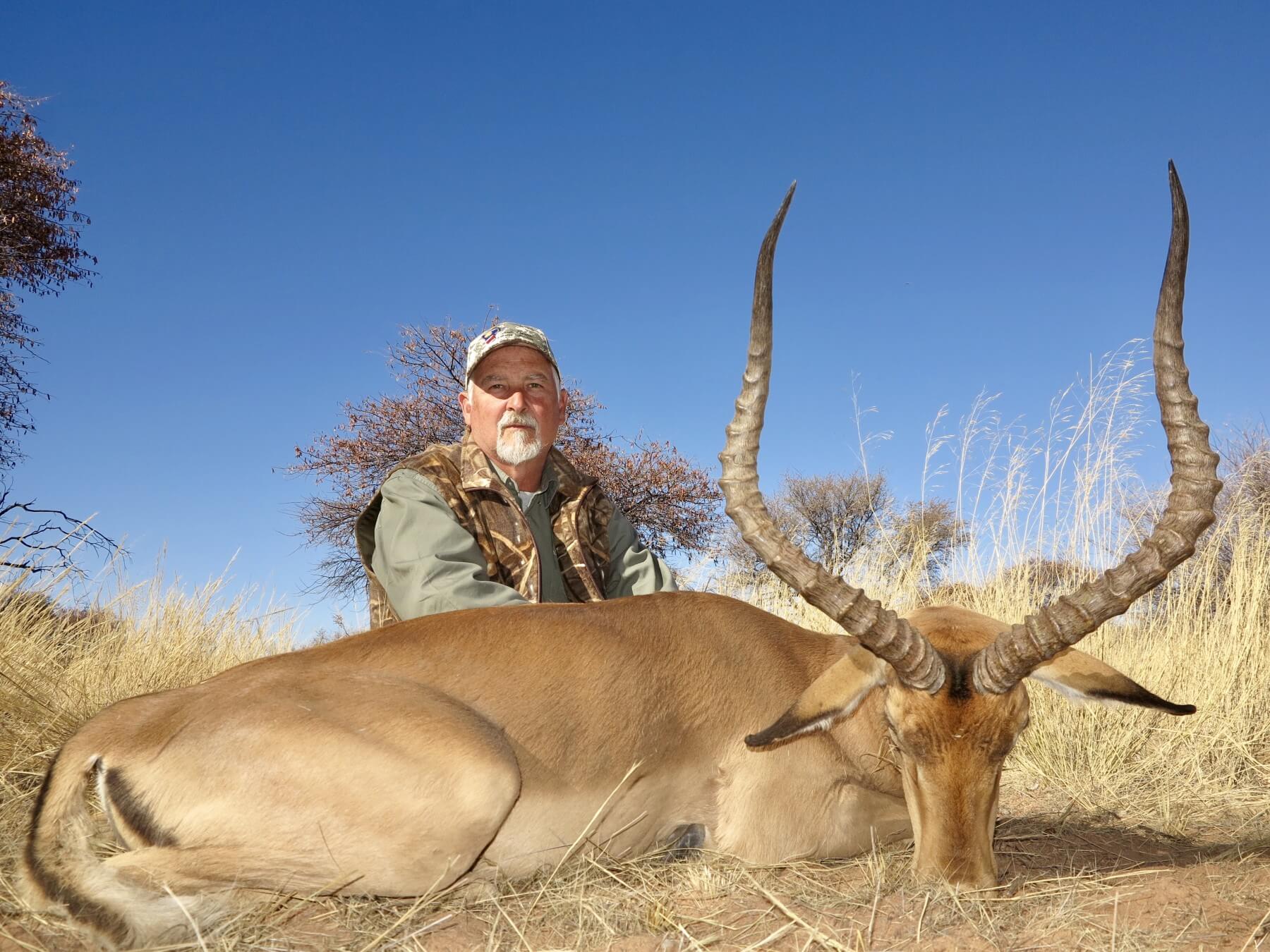 They are gregarious and form herds ranging from 6 to 50 or more, depending on the time of year. During the fall mating time (March to May) one territorial ram gathers a herd of up to 50 and even more ewes (called harem) and defends and protects them from other rams. Fights often occur and at times some rams can be seriously injured and often killed.

During the rutting and mating times, rams can be heard day and night uttering loud snorts and grunts. Sometimes their noises can frighten the first time visitor to the bush if they are not familiar with the sounds. Away from the breeding herds, other rams form bachelor groups consisting of juvenile, young and older rams.

Active mainly during the day, the impala may be browsers as well as grazers, impala feed on monocots, dicots, forbs, fruits and acacia pods (whenever available). The impala can be found in woodlands and sometimes on the interface (ecotone) between woodlands and savannahs; it inhabits places close to water.