Named from the Afrikaans word 'duiker' which means to dive, relating to the animal's habit of ducking away into bushes when danger threatens.

Duiker can live independently of water and feed on leaves, fruit and seeds. They are one of the very few antelope to have been known to eat insects and carrion.

The common, or grey, Duiker is a tiny, shy antelope with only the males having short horns. The common name refers to a characteristic habit of taking off at high speed in a series of diving jumps when alarmed.

Duiker browse a wide range of broad-leaved forbs, trees and bushes, they also eat fruit, pods and seeds, roots, bark, flowers, fungi, caterpillars and even nestling birds. In arid areas wild melons are eaten for their water content. Duiker can become a problem in crops, orchards, vineyards and plantations.

Duiker do not live in forests, although they will take refuge in forests when hiding from a predator. Duiker are widely distributed in Southern Africa, but absent from desert regions. The Common Duiker is usually seen at dawn and dusk in open scrub country. They avoid open grassland where there is no shelter. 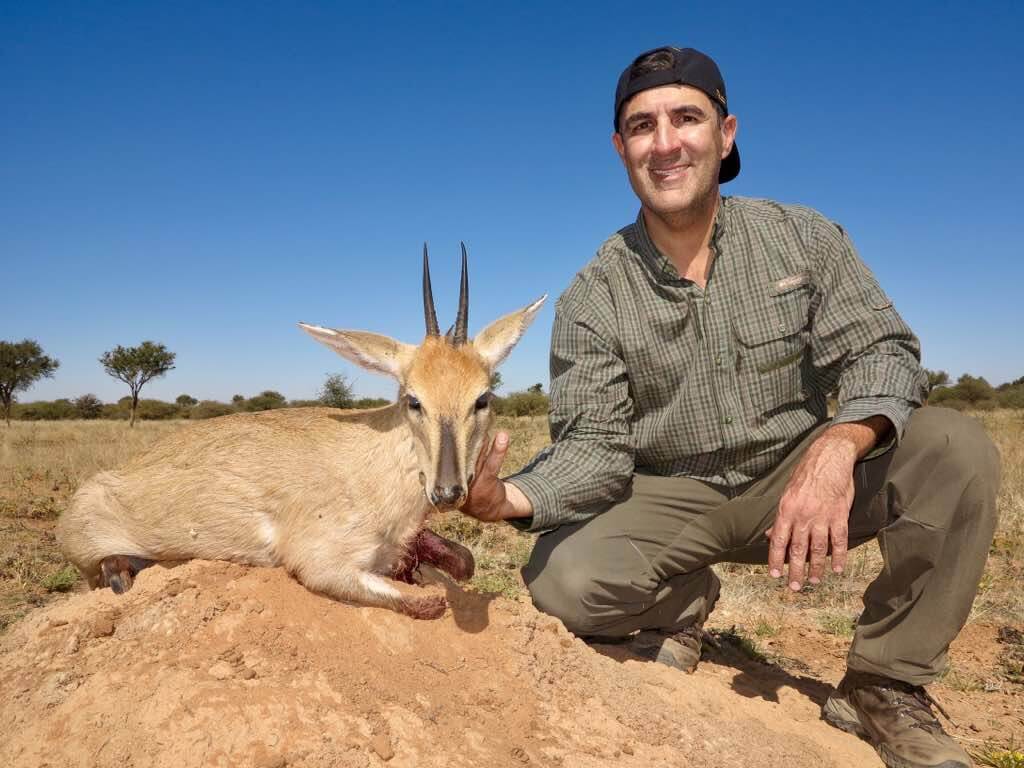 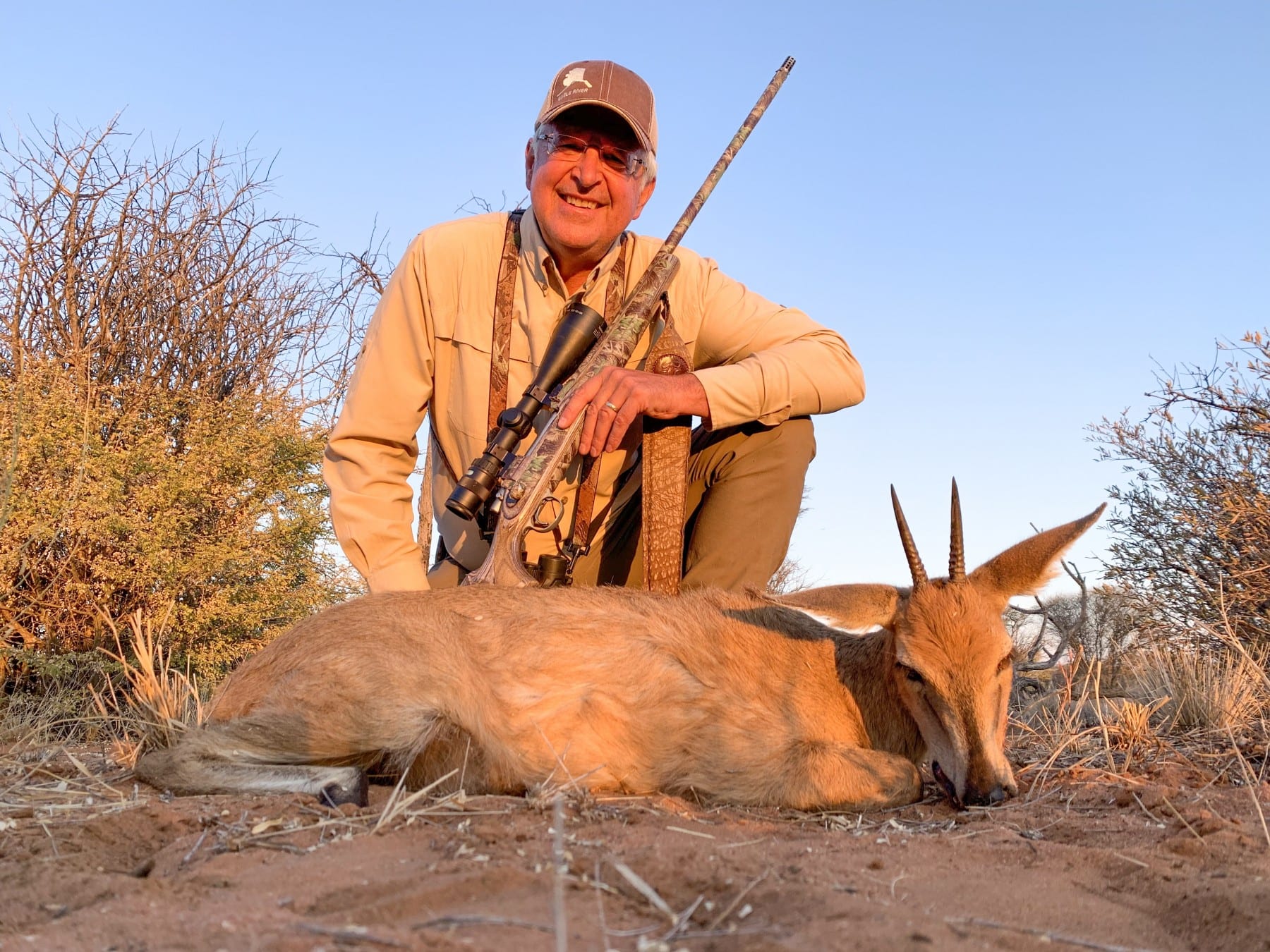 Adult male Duiker stand 500mm at the shoulders and females are about 20mm higher. Males have a mass of between 15-18kg, females will be between 16-21kg.

The colour of the upper parts varies from greyish-buff to a reddish-yellow and considerable colour variation within Duiker populations can be observed in some areas. The under parts are usually white. Most Duiker have a black band restricted to the lower part of the face near the nostrils.