An antelope with distinct facial markings.

Blesbok rams (males) are stockier, more robustly built and they weigh more than ewes (females). Although both sexes have horns, rams horns are thicker and usually longer than the horns of ewes.

This once near-extinct antelope is now a stable and huntable species in southern Africa. Population estimates are currently somewhere in the hundreds of thousands.

Physically, rams and ewes are remarkably similar. Their mass can be as much as 85 kg. A characteristic of the Blesbok is the prominent white blaze on the face and a horizontal brown strip which divides this blaze above the eyes. Body colour is brown with a lighter coloured saddle on the back, and the rump an even lighter shade. The legs are brown with a white patch behind the top part of the front legs. Lower legs whitish. Both sexes carry horns, ringed almost to the tip. Female horns are slightly more slender.

The blesbok lives on the open plains of the Southern Africa highveld. Primarily grazers, they form herds consisting of females (ewes) and juveniles, while the males (rams) tend to be solitary.

The blesbok is a seasonal breeder. Rutting occurs during March to May. Births peak during November and December after a gestation period of about 240 days. Females give birth to single lambs. 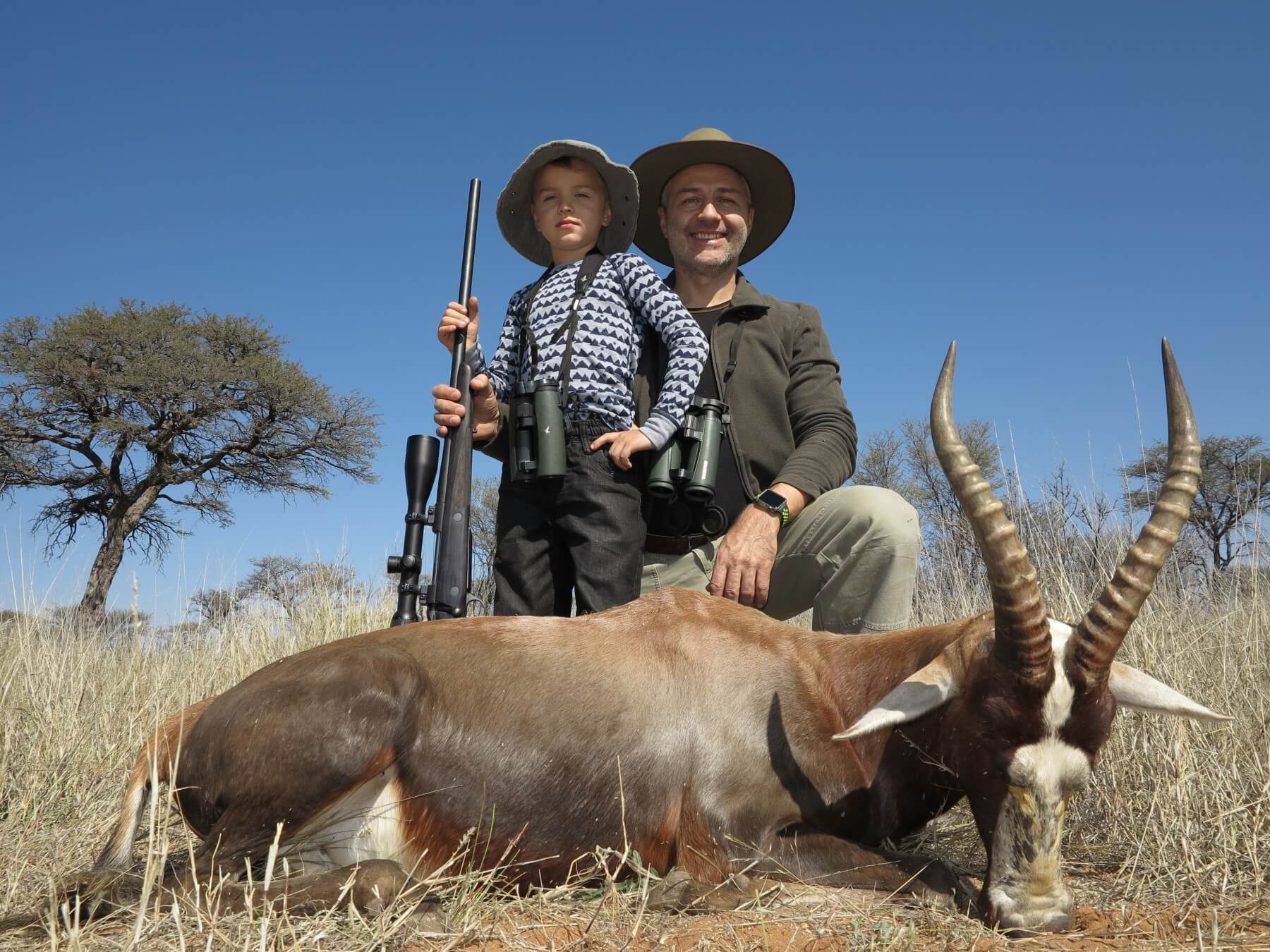 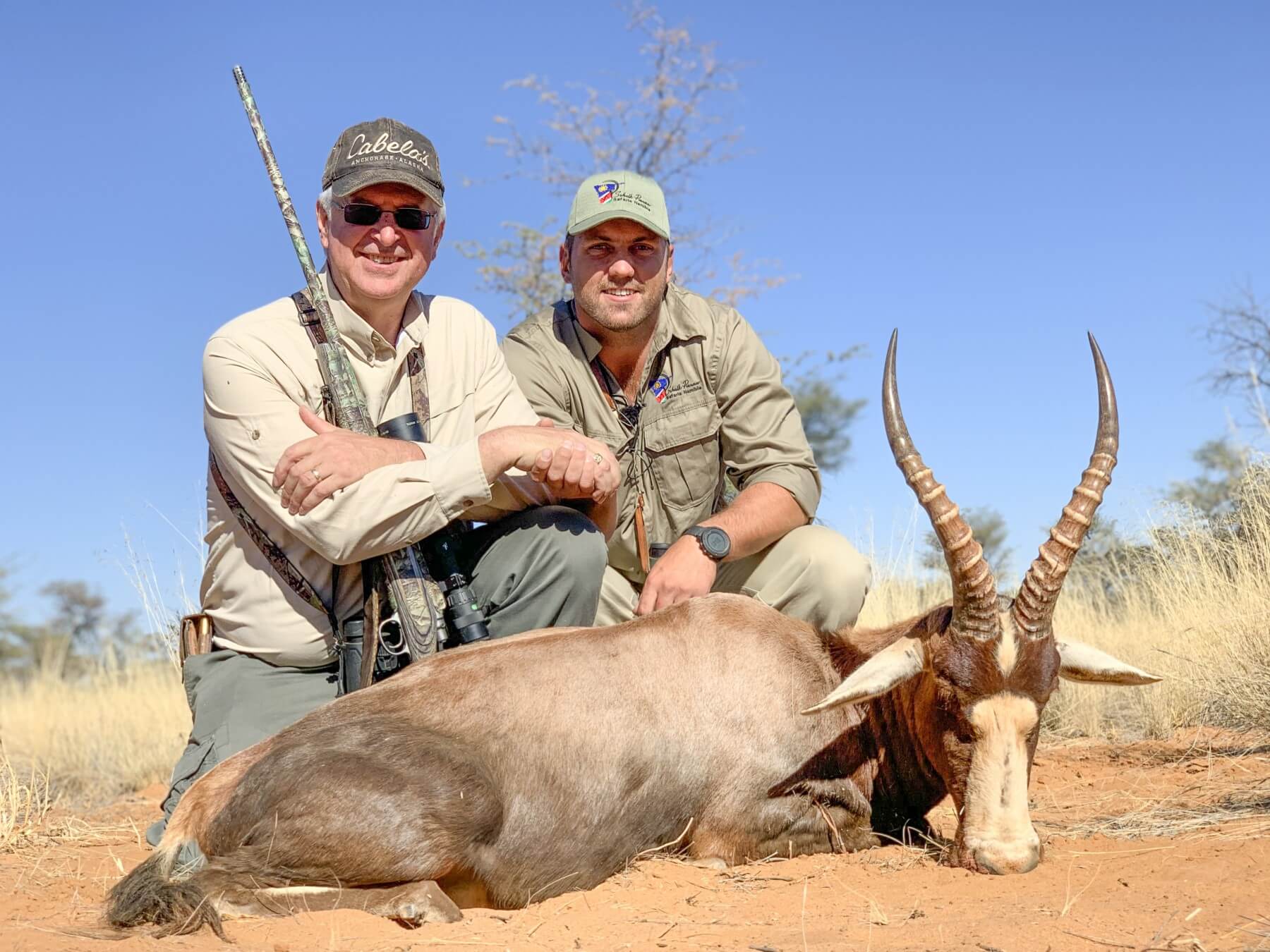 The best time for hunting blesbok is while they are grazing in the morning or late afternoon. Like many other species, they tend to lay-up during the hottest part of the afternoon.

Hunting blesbok can be challenging, as your shots may need to be quite long. The blesbok shares a common behavioral characteristic with his cousin the bontebok - that of standing together with heads facing toward the sun and faces low to the ground. He sometimes shakes his head violently, stamps and runs in a complete circle only to resume his original place. As available water is essential to this specie, hunting blesbok near the approaches to water holes can prove productive.