This antelope is slightly larger than the Bushbuck but still a lot smaller than the Kudu and Eland. With over 31,000 acres for you to explore, hunting Nyala on our ranch is an experience you will remember!

Hunting Nyala in Namibia is one of our many specialties and you can be sure to experience a hunting trip to remember.

A mature male normally weighs 200-300 pounds and females often weigh 100-150 pounds. The Nyala antelope belongs to one of four species of antelope that have spiral shaped horns along with the Kudu, Eland and Bushbuck. Nyala normally live in thickly wooded bushveld areas. They are very shy and cautious animals and are not often encountered in open terrain.

When hunting Nyala it is very easy to distinguish between the males and females. The females look very different to that of the males. Even an adept hunter may be excused if he would think that they are from different species.

The Nyala is mainly active in the early morning and the late afternoon. It generally browses during the day if temperatures are 20–30 °C (68–86 °F) and during the night in the rainy season. As a herbivore, the Nyala feeds upon foliage, fruits and grasses, with sufficient fresh water. A shy animal, it prefers water holes rather than open spaces. 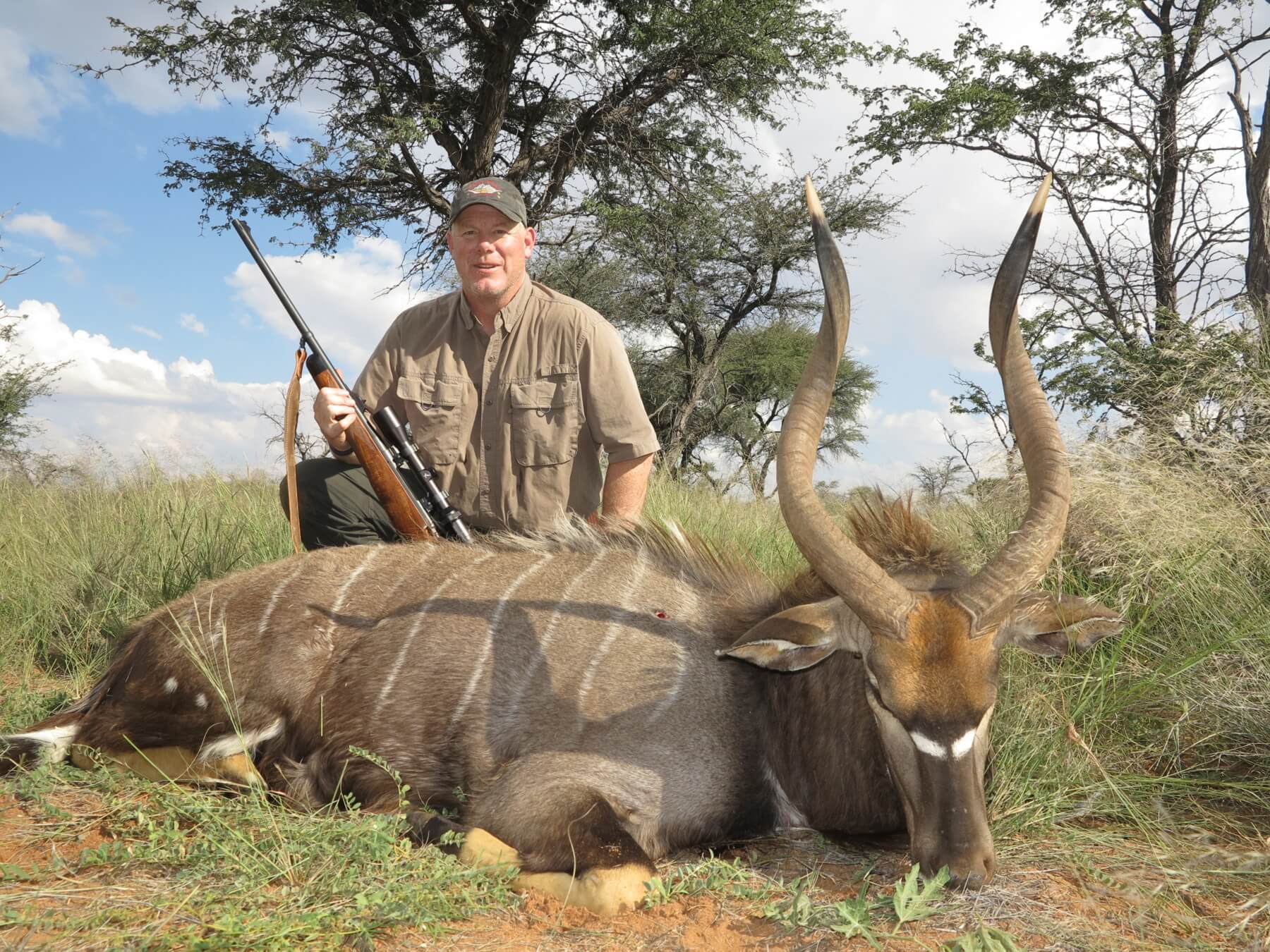 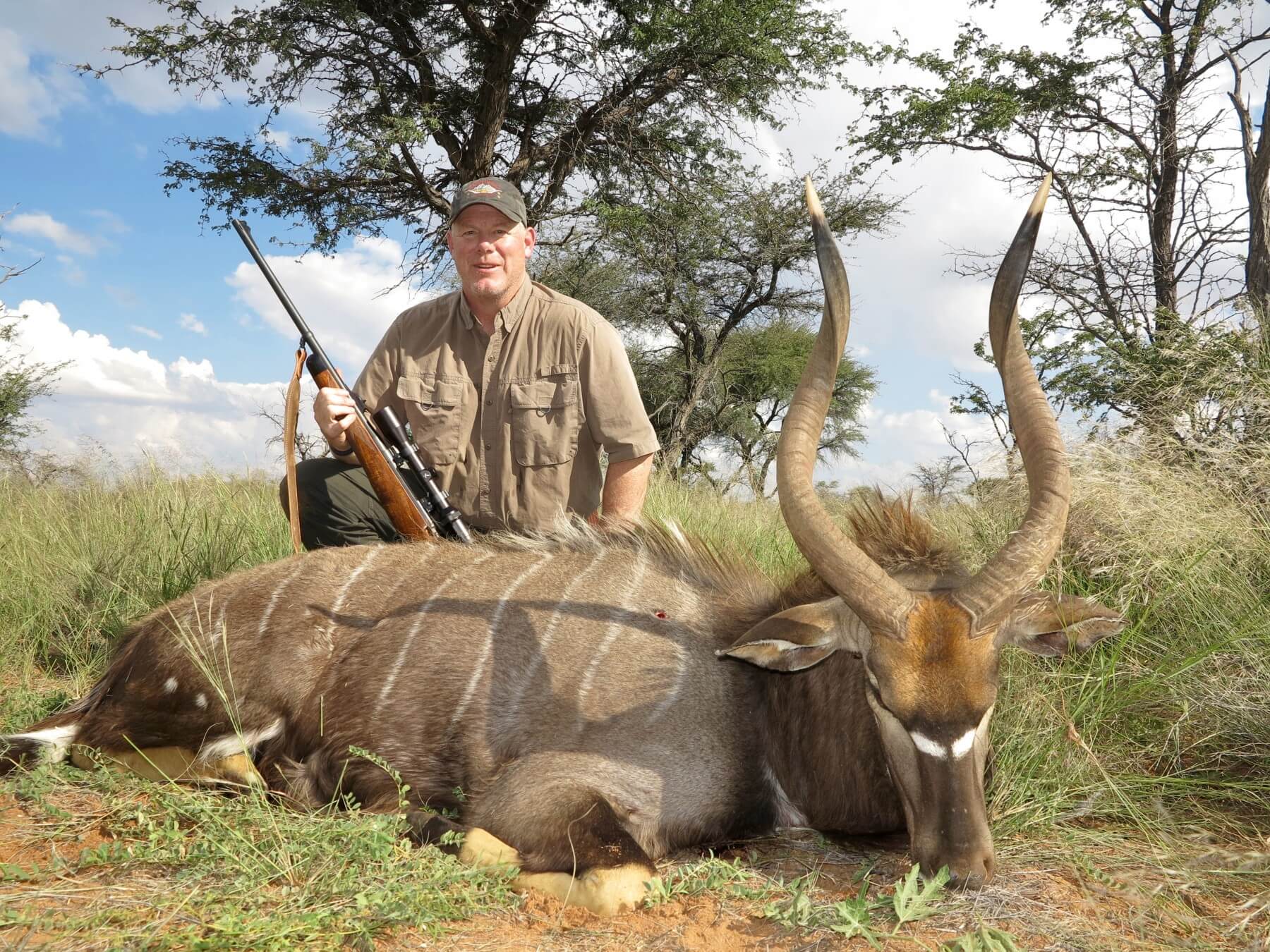 The Nyala antelope has a distinct brown or grey coat. Unlike the males, the females and young bulls have a series of white stripes running down the sides of their bodies. Both the males and females have a distinct white v shape mark between their eyes. Both of the sexes also have a bushy crest of hair running down their back.

Nyala are not particularly tough animals, but they are often hunted in pretty thick brush. Because of this we recommend that you make use of a .308 as a minimum calibre when going Nayala hunting. This is to make sure you hit him hard enough so that he does not go far after the shot.

Like with Kudu, shot placement on Nyala is also very important. The Nyala aren’t extremely tough, and won’t go far if hit hard. The traditional shoulder shot on the side will we good enough. When the animal is standing broadside, simply aim at the centre of the shoulder. Sometimes it can be very difficult to judge precisely where the bottom of their chest is because of their shaggy hair. When in doubt, aim slightly high, as opposed to slightly low.