The most common Zebra in Africa.

One of Africa’s most prolific plains animals, Burchell’s Zebra are distinguished by the faint brown lines present with their characteristic black stripes.

Unlike the Hartmann’s Zebra, the Burchell’s stripes extend onto its underparts and often fade towards its hooves.

Burchell's Zebra (or the common or plains zebra) was named after the well-known traveller and naturalist, W.J. Burchell. They inhabit savannah, from treeless grasslands to open woodlands. Zebras stay in family groups of a stallion, or male, and several mares, but different families will come together in huge herds of hundreds of zebras. They are distinguished from Hartmann's Mountain Zebra by: 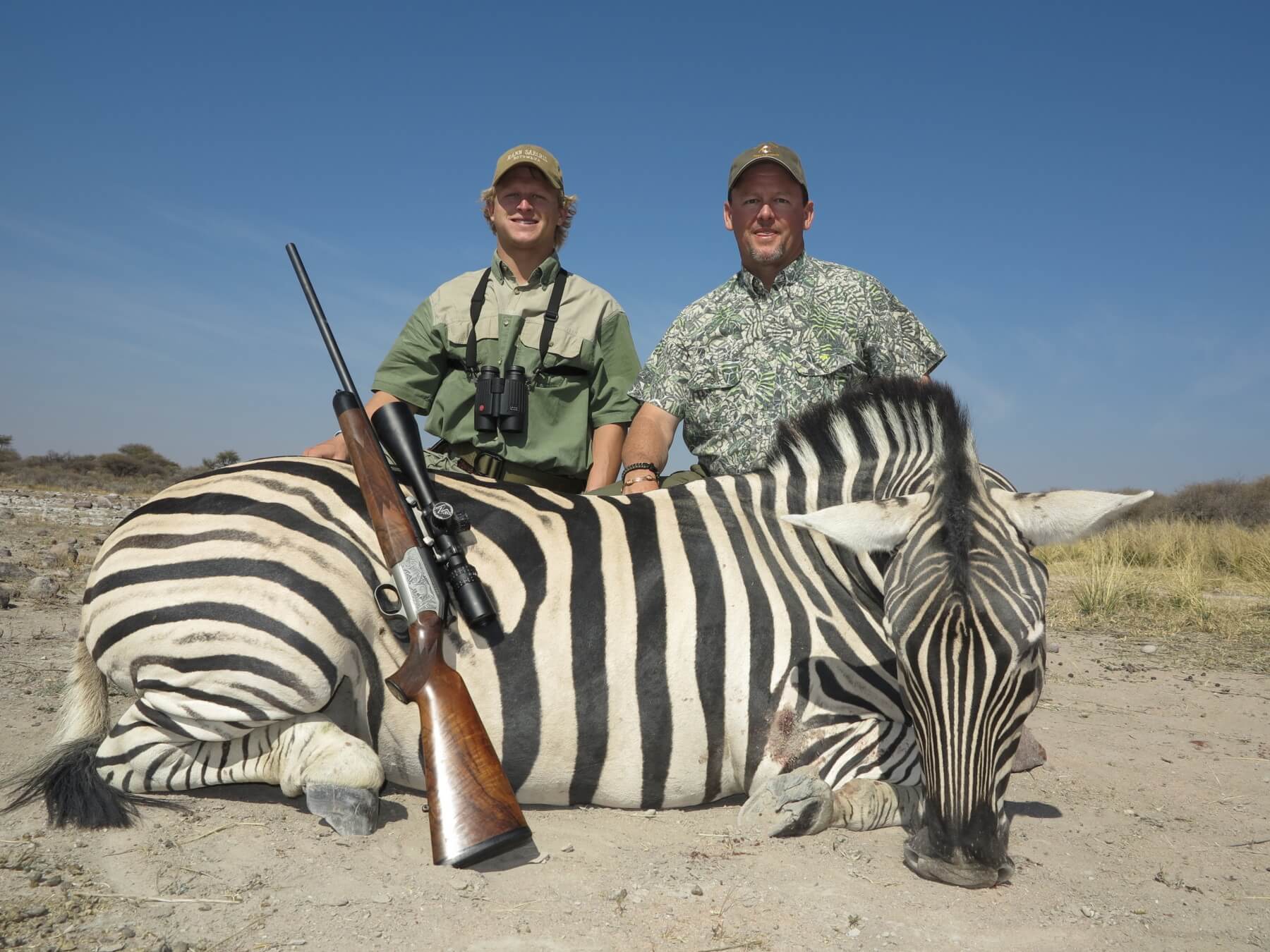 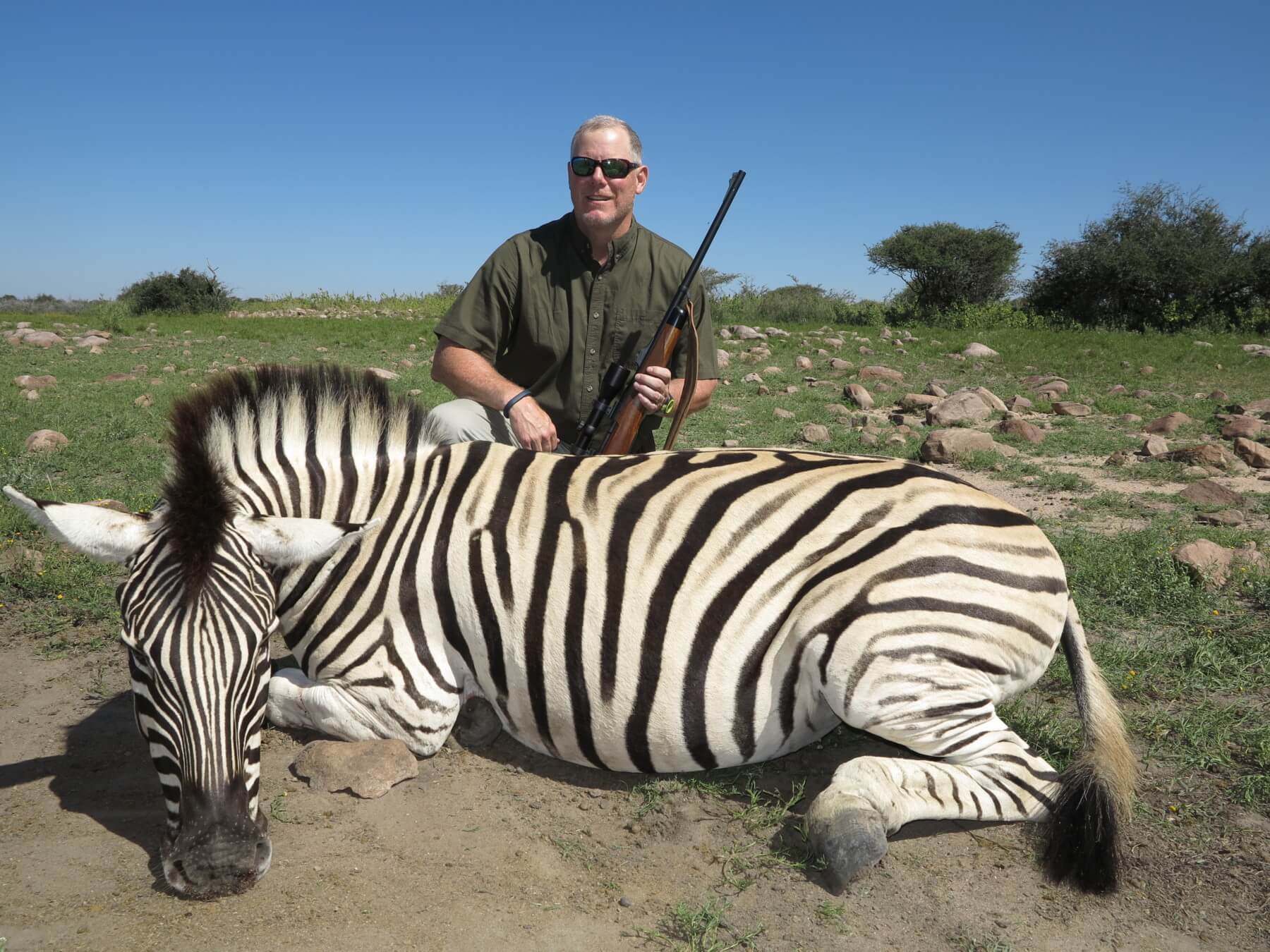 The Burchell's Zebra is one of the most sought after trophies in all of Africa. Hunting Zebra can prove very difficult in certain areas as judging stallions from mares can be very tough. Apart from the obvious genitalia, one can look at the width of the neck or the general posture and position a stallion takes up in the herd once being alarmed. Although it's the mares who choose the dominant stallion, the stallion will assume his position at the back of a retreating herd, thus being closer to the point of danger, often stopping to look back. Judging the trophy quality of a Zebra lies with its skin and overall size.

They are a savannah species: prefering open woodland, grassveld and floodplains. Avoids dense savannah and is seldom seen further than 12km from water. Ranges in search of grazing areas but availability of water is the determinant.

Males often fight; during these fights they will bite each other continuously, often leaving wounds behind which usually scar up later. Study the animal before making the shot, one will not pick up on every scar but always try to ensure the animal you are after has a clean smooth skin.